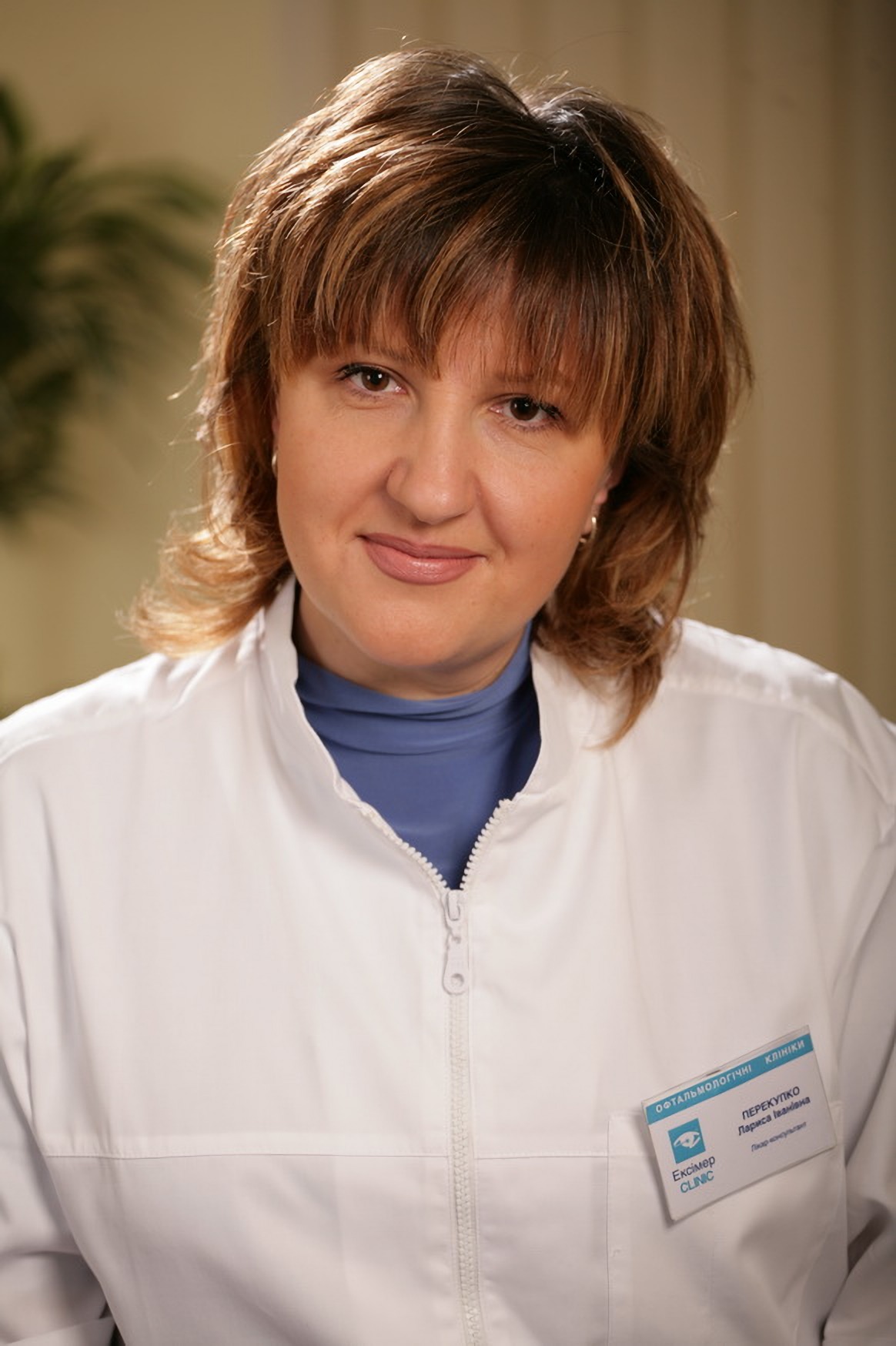 Graduated from National Medical University named after Bogomolsky of Kiev in 1993. After completing her internship at the Eye Microsurgery Center in Kiev, Dr Nalivaiko has been working as an ophthalmologist at Polyclinic No.1 in Solomenskiy District of Kiev since 1998. Since 1999 - an ophthalmologist at the Excimer Eye Clinic in Kiev. Has been working since the clinic opened.

In 2002, following her specialization training in pediatric ophthalmology at the Institute of Eye Diseases and Tissue Therapy named after Filatov in Odessa, Dr Perekupko has been working in the Excimer Eye Clinic since 1999. Dr. Filatov Institute of Eye Diseases and Tissue Therapy, Odessa - ophthalmologist at the children's department of the Excimer Eye Clinic. She is a specialist in contact vision correction. Regularly attended advanced training and refresher courses for physicians. Since 2005 - a leading consultant of the Refractive Surgery Unit of the Excimer Eye Clinic. She is proficient in modern methods of computer diagnostics of vision. Has a vast clinical experience. Participant of the international conference "Modern Technologies in Cataract and Refractive Surgery" in Moscow, 2007. 11 articles by Larisa Ivanovna were published during her work at the Excimer Kiev Clinic. She repeatedly took part in scientific conferences. The total experience of her work is 24 years.